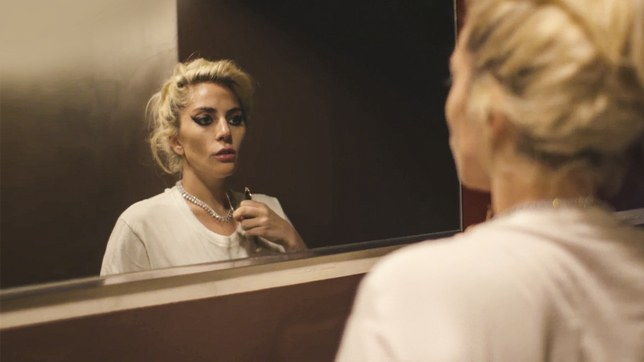 The film, which runs a little over an hour and 40 minutes, is an emotional look into the life of the biggest pop star on earth. Yes, it addresses her professional life—specifically, the creation of her fifth album, Joanne, and her Super Bowl halftime performance—but Five Foot Two is personal more than anything. Gaga talks about some very deep issues in this film: her relationship with Taylor Kinney (and other boyfriends), sketchy music producers, and both her physical and mental health. It’s an explosive watch, even for the biggest Little Monsters.

These eight reveals from the documentary are particularly interesting. Read on, below, and check out Gaga: Five Foot Two on Netflix right now.

She’s over f-ckboys. One of the first sentences Gaga says in her documentary is “Me and Taylor are fighting.” Yes, she’s referring to Taylor Kinney, the Chicago Fire star and ex-fiancé with whom she broke things off in July 2016. She doesn’t reveal the exact cause of the split, but she does go on a rather long monologue about how her “threshold” for men’s “bullshit” is pretty low. “I just don’t care,” she said. “I’m 30. I feel better than ever. All my insecurities are gone. I don’t feel insecure about who I am as a woman. I’m not embarrassed or ashamed of what I have. I feel more sexy and sexual—all that shit is better. What happens, is, I don’t know. In relationships, you gotta move together as best as you can.”

Her mental health and physical pain are linked. “If I’m depressed, my full body can spasm,” Gaga said in reference to the chronic pain she experiences as a result of her fibromyalgia. Throughout the documentary, she discusses the way her physical pain affects her mental state. It’s clear that the hip injury Gaga suffered in 2013, which caused her to cancel half her Born This Way Ball Tour, still takes a toll on her psychologically. One of the most poignant moments in the film is when Gaga becomes elated after completing a performance and feels no physical pain for the first time. She speaks emphatically about wanting to perform again and again, like a child playing her favorite sport for the first time.

She’s over the Madonna “feud,” but she does have one bone to pick. “The thing with me and Madonna, for example, is I admired her always—and I still admire her, no matter what she might think of me. I do,” she said. “The only thing that really bothers me about her is [this]: I’m Italian and from New York, so if I’ve got a problem with somebody, I’m gonna f-cking tell it to your face. But no matter how much respect I have for her as a performer, I could never wrap my head around the fact that she wouldn’t look me in the eye and tell me I was reductive or whatever. I saw it on f-cking TV. Telling me that I’m a piece of shit through the media—it’s like a guy passing me a note through his friend…. I want Madonna to push me up against the wall and kiss me and tell me I’m a piece of shit.” Seems like a reasonable request to us. (As a Madonna and Lady Gaga super-fan, may I just add that their entire feud was dumb and cheapened the work of both artists.)

She had a mini-meltdown while shooting a scene in American Horror Story: Roanoke. The exact issue she had is unclear, but things ended with Gaga loudly complaining that she had too many jobs to afford being delayed on the set. “I like to know what I’m doing before,” she said. “I don’t mind changing it on the fly, but something this complicated, when they keep throwing shit at you, it’s like—I just don’t wanna sound German.” From this, it seems like there was conflict with the dialogue or dialect that her character used.

The male music professionals she worked with before Joanne didn’t make her feel the best. “What I was on my own wasn’t good enough,” Gaga said in reference to her previous professional collaborations. “I don’t feel that way working with Mark [Ronson, one of the leads on Joanne].” In a similar light, Gaga revealed she used avant-garde visuals back in the day to protest the music industry’s expectation for her to be sexy. “When they wanted me to be sexy, when they wanted me to be pop, I always put some absurd spin on it to make me feel like I was in control…. If I’m gonna be sexy on the VMAs singing about the paparazzi, I’m gonna do it while bleeding to death [and] reminding you of what fame did to Marilyn Monroe.”

Gaga wore outrageous outfits back in the day partly because she wasn’t secure in herself. This threw me, a super-fan, for a loop because Gaga always contended that those opulent visuals were a part of who she is. Here she says the opposite. “I never felt comfortable enough to sing and just be this way,” Gaga said, referring to her current, stripped-down Joanne era. “To just sing and wear my hair back. I never felt pretty enough or smart enough or a good enough musician.”

There’s a correlation between her professional life exploding—and her personal life imploding. Well, there’s not a scientific correlation, but Gaga feels like some connection exists, and it upsets her. She explained that every major music achievement she’s experienced has come with a breakup. “I sold 10 million [records] and lost Matt. I sold 30 million and lost Luke. I did a movie and lose Taylor. It’s like a turnover. This is the third time I’ve had my heart broken like this,” Gaga said. Ironically, Kinney sent Gaga flowers the day of her Super Bowl performance.

She’s still genuinely shocked by her own success. Her mouth literally dropped when someone told her Joanne was number one around the world.