Skip to content
HomeEntertainmentEnd of an Era: The Kardashians Are Closing Dash Stores for Good 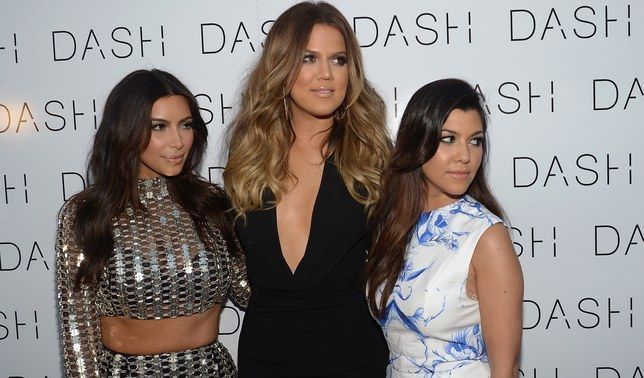 It’s crucial to celebrate significant eras in time when they end. When you graduate college, for example, your parents might throw you a party or give you money. When Oprah Winfrey announced in 2011 she was discontinuing her talk show, famous people and political figures came out in droves to tribute her. And when the Obama administration ended in 2016, news outlets dedicated large chunks of time to celebrating his legacy.

But none of these eras is more important to culture, history, time, and space—to me, at least—than the one that ended today (April 19). TMZ broke the news that Dash, the Kardashians’ iconic store, home to coffee table books with their faces on it, plastic water bottles with their names on it, and exactly three racks of clothes, is closing for good. (The New York boutique shuttered in 2016, but now Miami and Los Angeles are following suit.) That’s right: Dash is done. Finished. The cord has been cut. No longer will Keeping Up With the Kardashians feature episodes with the sisters “folding merchandise” and “doing inventory” while they talk shit about Kris Jenner. It truly is the end of an era.

I mean, where would we be without this QVC video of Kourtney raving about leopard tunics?

Or what about that time Khloé chewed out Kris in the middle of Dash for getting Kim a fragrance deal before her?

Oh, and we can’t forget the short-lived KUWTK spinoff series Dash Dolls. Khloé coolly saying she has “no problem replacing every single one” of her Dash employees is legendary.

Not since McDonald’s has a consumer brand affected the lives of Americans so deeply. Dash is an institution. This photo (below) of Kim wearing a necklace the size of my head and celebrating the launch of Dash Miami is the modern-day Mona Lisa. The Louvre is currently bidding for it! (And if it’s not: shame on you.)

Frankly, this news is making me emotional. No store is ever going to simultaneously carry Kim’s selfie book, that YA novel Kendall and Kylie wrote, and Kris’ cookbook, aptly titled, In the Kitchen With Kris: A Kollection of Kardashian-Jenner Family Favorites. Would I ever buy those three books at the same time? Of course not, but I want the option. I like options.

Pour one out for Dash, dolls. Nothing will ever be the same.