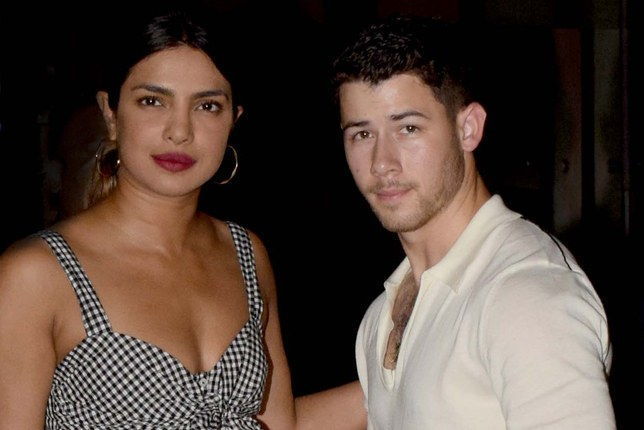 Your favorite maybe-couple Nick Jonas and Priyanka Chopra have been spotted on romantic “dates” all over the world—from India to Los Angeles to Atlantic City—since they seemingly paired off earlier this year. But this week’s candlelit outing in London had an extra-special significance: Chopra’s birthday.

Yes, my friends: Jonas helped the Quantico star ring in her 36th birthday on Tuesday night with a romantic evening in the U.K., Entertainment Tonight reports.

The two dined at the famed Chiltern Firehouse and held hands on the way out of the restaurant. Chopra looked chic in black-and-white polka-dot pants and a black sweater, while Jonas wore a long-sleeve gray tee. The actress shared a photo to her Instagram Story of a drool-worthy dessert plate decorated with the words “Happy Birthday, Priyanka” with the caption, “And it starts. Yay!!”

To be clear, neither member of the “couple” has confirmed the relationship, but between the hand-holding and the Instagram commenting, it doesn’t feel like they’re really denying anything, either.

This is the first birthday Chopra and Jonas have celebrated after going public with their apparent relationship earlier this year. A few weeks ago they had fans freaking when they were photographed seemingly wearing matching rings…which were maybe somehow related to Chopra’s birthday gift? It’s still unclear.

In addition to their adorable one-on-one time, they’ve been hanging out with Jonas’ older brother Joe and his fiancée, Game of Thrones star Sophie Turner, while in London. The foursome had dinner together earlier this week, along with Kevin, the eldest of the Jonas siblings.

And in case Nick still needs a gift idea, ET notes that in a previous “73 Questions” video for Vogue, Chopra revealed her perfect date would be for her partner to fly her to “an unknown destination to see the sunset.” Yeah, us too.