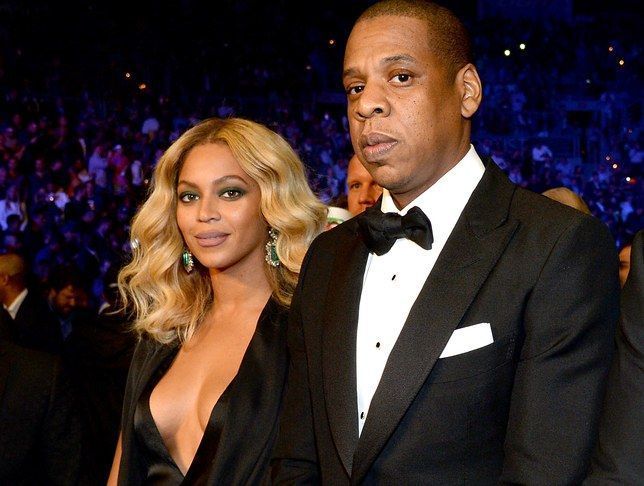 One of the biggest bombshells to come from Jay Z’s new album, 4:44, is the title song, in which the rapper speaks candidly about his marital issues with Beyoncé. No stone goes unturned in the song; he straight-up admits to the cheating Beyoncé references on her album, Lemonade, and he also reveals the couple experienced “stillborns” before welcoming their first daughter, Blue Ivy. It’s a surprisingly personal song for an artist who usually keeps his private life hush-hush.

And now he’s getting even more personal. Jay Z is releasing several confessional addenda with his 4:44 music videos, where he (along with several other famous African American men) discusses toxic masculinity, love, and dating women. But Jay Z narrowed the conversation a little more on the recently released addendum for “4:44,” where he talks openly about the relationship struggles that led to the song.

“This is my real life. I just ran into this place and we built this big, beautiful mansion of a relationship that wasn’t totally built on the 100 percent truth and it starts cracking,” Jay Z said. “Things start happening that the public can see. Then we had to get to a point of ‘OK, tear this down and let’s start from the beginning…. It’s the hardest thing I’ve ever done.”

He expanded more on this topic, hinting that working on his marriage was harder than growing up in the Marcy Projects and getting shot. Jay Z recalled a specific moment from a vacation when he pleaded with Beyoncé not to leave. “What is happening to my body right now? Did I just say…‘Don’t leave’? All this is new for me,” he said.

Of course, Lemonade revealed that Jay Z and Beyoncé eventually reached a resolution. The two seem happier than ever, but that didn’t come without hard work—and honesty. Jay Z says “not an ounce” of their relationship is fake, which means that he played “4:44” for Beyoncé ahead of time—even though it was tough.

“We just got to a place where in order for this to work, this can’t be fake. Not one ounce,” he said. “I’m not saying it wasn’t uncomfortable, because obviously it was.”