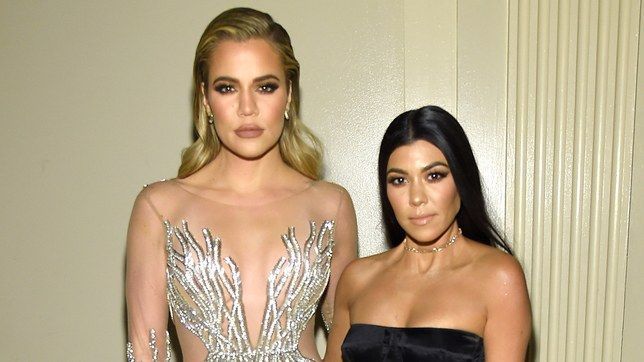 Way back in 2015, Khloé Kardashian snapped a handful of naked photos during a Kardashian family vacay in St. Barths. Because these are the Kardashians we’re talking about, obviously they weren’t your regular old Snapchat nudes with that pre-iPhone X blur. These were the real deal. We’re talking a professional crew, studio lighting, makeup artist, the whole shebang to elevate Khloé’s birthday suit to Botticellian heights.

“Even though I’ve worked really hard on my mind and body to get to this point, I am still shocked I had the courage to do this shoot,” she wrote on her website. “I think I had a little too much liquid courage (and I’m not getting any younger so it’s now or never, LOL!) which actually made me follow through with it. And I am so fucking happy I did because I think these pictures are to die for! I cannot believe how unbelievably gorgeous they are!”

But you know who did believe? Kourtney Kardashian. On Thursday night, Kourtney uploaded a Boomerang of her kids discovering the wonders of a bouncy slide–mattress–recliner thing. In the background, casually chilling, is a familiar-looking nude pic. Rather than leave fans guessing, Kourtney proudly declared the identity of this mysterious model: “Yep, that’s auntie koko in the BG,” she wrote.

This is sisterly solidarity taken to a whole new level, and we are so here for it.

Now Kourtney Kardashian Is Joking About Being Pregnant