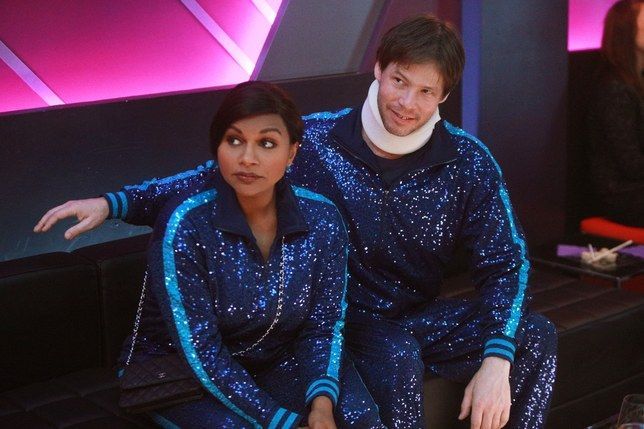 One might consider fan favorite Ike Barinholtz’s Morgan Tookers the heart and soul of The Mindy Project, but the series almost didn’t happen for him. Back in 2012 the Chicago-area native was looking for his next TV project, ideally something that would allow him to combine his two biggest passions: writing and acting. But getting one of those gigs can be hard enough; finding something that allows you to do both can feel impossible.

“It’s very hard to maintain any kind of acting career if you’re a writer on staff,” Barinholtz explains. “You can’t say to a head writer, ‘Hey, I need two hours off to go to an audition.’ But then [my writing partner] Dave Stassen and I met with Mindy, and I thought she was so great and the show was so unique that it would be fun to work with her in the writers room. She mentioned she might be able to find something for me on the show, but I though she was placating a little bit.”

But to know Mindy Kaling is to know that she doesn’t follow traditional TV rules—she never has. “She is a force,” Barinholtz tells us. “When Mindy Kaling vouches for you, people listen.” So what made her take that leap of faith? “After a week in the writers room, she saw how stupid and loud I was,” Barinholtz jokes. “She thought it was good for a character, so she wrote up [a sample scene], and I read for her [and executive producers] Matt Warburton and Howard Klein. I never had to audition for the show, and then in the second episode I was written in. Mindy gets her nose broken by Beverly, so I came in, fixed her nose, and it just worked.”

Kaling did more than give Barinholtz a job, though. “She really breathed a lot of life into me,” he says of their personal and professional relationship. “I mean, I went from being a 35-year-old dude to a father of two little girls [during the course of this show]. She has taken up a space in my life where I’m as close to her as I am most people I’ve grown up with and stayed best friends with. It’s been a privilege watching her become this badass boss, and she is one of the funniest people in the world.”

Barinholtz would know—he’s been helping write Dr. Lahiri since the very beginning. “Writing for her is a dream because the character has strong points of view,” he says. “Then there’s Beverly (Beth Grant), who is great to write for because the breadth of her life has been so deep and diverse. I also think Tamra (Xosha Roquemore) is the coolest character of all time. Writing for someone that thinks she’s cool, and is cool? So much fun. And then I’ll write a line for Fortune Feimster (Collette) and think she’s going to say it one way, and then she says it completely differently. Writing for her is hilarious.”

It’s not by chance that all the characters Barinholtz can’t stop gushing about are women. “They’re such different, unique characters that writing for them—regardless of their gender—is just a joy, but the fact that they are female, it’s just more fun to write for them. It just is,” he says. “Men can be easier to write for, but women can be more satisfying. They’re complex. I used to write mostly kind of male-driven stuff, but in the last five or six years, I’ve started writing more female point-of-view characters. It’s more fun.”

When asked whether he thinks The Mindy Project will help open the door to not only more sitcoms with a female lead but women of color, Barinholtz is adamant that it will. “Before I did this show, my demographic was the ‘bro.’ It was Eastbound and Down, The League,” he explains. “Since I started working with Mindy, I’ve seen this group of young women who look to her and are so inspired. They are inspired by her brashness and her unapologetic way of going, ‘Hey, I’m not going to try and be someone I’m not. This is who I am. I’m going to eat this bag of Doritos and say something crazy.’ This show is so aspirational. She is so aspirational. I think there’s a whole generation of women who will be emboldened to do what she did. When we were growing up, there was no one like her on TV. No one. All it takes is seeing one person seeing her to know they can do it, too. Mindy really is a true trailblazer. She will have quite a legacy to look back on.”

As for his own future, Barinholtz is never one to brag about what’s in the pipeline, joking, “I’m going to wait by the phone for Mindy to say we’re relaunching the show and pulling a Will & Grace.” He admits he’s finishing up a movie called The Pact with John Cena and Leslie Mann. Then, a few days after our interview, news breaks that he’ll also star, write, produce, and make his feature directorial debut on the independent satirical thriller The Oath. But will he make a return to TV? “I’ll definitely do a TV show at some point, and all I can do is take what I’ve learned from here and really just steal everything from Mindy,” he says. “I did see Max Greenfield (New Girl‘s Schmidt) at the farmers’ market the other week and we joked, ‘Schmidt–Morgan show’? But I think it’s important that when you do end a show, you let it settle. But when Mindy calls us and says, ‘Let’s do more episodes,’ I think a lot of people are going to be like, ‘Yes!’”

In the meantime, Barinholtz has his eye on a couple pieces of memorabilia from set that holds special meaning. “I’m going to take Mindy’s iPhone because I want to get Oprah Winfrey’s number and talk to her about hosting my own show,” he jokes. “But no, I’m going to take Morgan’s puffy coat for sure. Other than that, so much of what he had was literally garbage. So I’ll just take my essence. They can’t take that away from me.”