Skip to content
HomeEntertainmentWells Tells Us What’s Happened Between Him and Danielle M. Since ‘Bachelor in Paradise’ 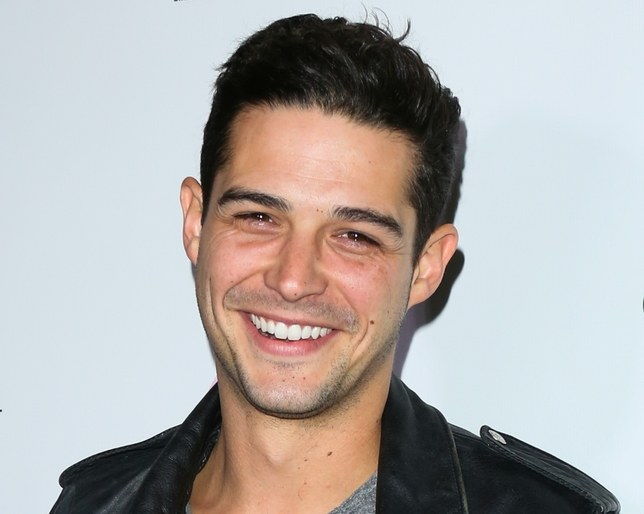 Just like a DVR that cuts off the last two minutes of your favorite show or when you miss a UPS delivery by a minute, Wells kissing Danielle M. right before she left on Bachelor in Paradise was maddening enough to give up the show altogether. Think about it: The most authentic and passionate kiss on this show happened right before our eyes, and then she just…left! How do you walk away from that?! (OK, yes, I know, she was leaving for a good cause: to do pediatric work in Africa.)

But maybe the movie—er, the love story—isn’t over yet. Bachelor in Paradise finished filming less than two months ago, and Danielle is already back in Nashville (where, conveniently, Wells resides too). And as of August 22, the two were pictured together celebrating newlyweds Carly Waddell and Evan Bass’s baby news.

Now, Wells and Danielle have been close for years; just because rumors are swirling and the Internet is freaking out about a potential romance doesn’t mean they shouldn’t be able to hang out anymore as friends. But, really, who has this kind of a kiss and doesn’t give a relationship a try?

So, I went straight to the source—that would be Wells—to get to the bottom of that kiss and find out if there’s truly hope for these two.

Glamour: That kiss between you and Danielle was hotter than the weather in Mexico. When did you know you were going to kiss her?

Wells Adams: Probably long before the show started, to be fair. Danielle and I have been friends for years. I went on The Bachelorette, and she went on The Bachelor, and I remember thinking, “Oh, this is weird. We’re both doing the same thing. If there was ever a world in which we were on the same show, I think I’d want to make that happen.” I think she probably felt the same way. We went on a date years ago and nothing ever materialized from it, so it was one of those things where we gotta see what it is like. When she was leaving, it was like, “I might as well do it now.”

Glamour: She gave us her reaction on camera immediately after, but we never heard from you.

Wells: I don’t really talk about it on the show. [And until the rest of the cast saw it on TV] no one knows that I did it!

Glamour: Why didn’t you tell anyone else?

Wells: Well, because the first thing I said when I got there was, “I’m not here to date anyone. I’m not here to go on dates. I’m not here to steal anyone’s girl.” I didn’t want to tell everyone that and then have them be like, “Oh my God, he’s totally full of crap. He’s going to try and hook up with who I’m dating.” Also, there’s a little bit of fun of knowing what everyone’s reaction will be when they see it air—not only the people on the show, but also back home in Nashville [where Danielle and I live]. [I knew] our little group of friends were going to freak out when they saw that.

Glamour: So here’s the big question: Is there hope for you two?

Wells: Yes, there’s definitely hope for us. Everyone needs to put everything into perspective, though. Everyone was dating on the show and being romantic. Our little story [between me and Danielle] started at the end of it [when she was about to leave]. And then she went to Africa for a couple weeks, so we were way behind. I realize America is really shipping this thing, but we are so far away from that, mainly because we haven’t been around one another. It’s a weird thing coming home and watching the show back and feeling so much pressure from everyone else to make something you’re not sure is there to begin with. And I think the magnetism needs to happen naturally and not forced from outside forces. I understand everyone wants us to be a thing and that’s wonderful and beautiful, but if it’s going to happen, it needs to happen because we come together, not because everyone else is shipping us so hard on Twitter.

Glamour: When did you first talk to her after she got back from Africa?

Wells: I never had to give up my phone in Paradise, so once she left and got her phone back, we talked like hours afterwards.

Glamour: And I assume you talked about the kiss, so what did you say?

Glamour: Was there talk about when is this going to happen again?

Wells: It was like, “Alright, what is your itinerary?” So I said, “When you get back to Nashville, we’ll figure it out.”

Glamour: So have you figured it out?

Wells: No. I mean, literally she just got back a couple weeks ago.

Glamour: OK, but that’s a couple weeks ago already!

Wells: But we’re now out in Los Angeles…let’s just see where this is going to go. We’re right now in the middle of this storm [of media attention], and it’s a little awkward and weird. Before this, we used to go out all the time and we were just friends. We’d go to shows together. Now when you go out, it’s a little weird because people recognize us and assume something. That just makes things awkward. So there are a lot of questions that need to be answered internally between us before we figure out what’s going on.

Glamour: Let’s talk about the puppets for a second, which you clearly are skilled in. Were you at all worried how the rest of the cast would react?

Wells: I think the reason why I was a really good bartender was because no one took me seriously. That’s just my personality. Any of these people would agree that Wells is the class clown guy. I never told anyone about the puppets either, so I was really excited to see what they’d say about that [when it aired].

Wells: Everyone loves it! It’s hilarious! It’s the stupidest thing in the world, and it’s so funny! And it gives nice context to a very…such a crazy situation that I can give context to in like 10 seconds of puppetry, which is nice.

Glamour: So if there was a puppet version of Danielle and Wells, would they get their happy ending? Do you want to see this happen? [Laughs]

Wells: I would like all puppets to be happy and find happiness. We’ll see! Who knows? I’ve got no answers for you, even though I know you want them.

Glamour: Then how about this: Is this the end of your Bachelor journey, or do you see yourself participating in more of the franchise spin-offs? More Paradise, or Winter Games, or even as The Bachelor one day?

Wells: They haven’t asked me, but I will never ever quit the bartending job [on Paradise]. That was my favorite thing I’ve ever gotten to do. I used to bartend in college, and that was the most fun experience of my life.

The Bachelor in Paradise finale airs next Monday night at 8:00 P.M. ET on ABC.