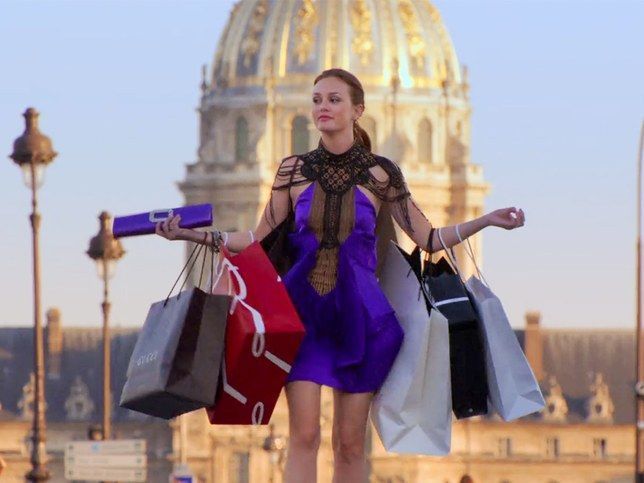 Call it saving the best for last: Before the dust settles on all that gifting (read: spending), retailers give us yet another reason to pull out our credit cards with their post-holiday sales. There’s an overwhelming amount of markdowns to sift through in the final days of the year, which is great for those seeking a closet makeover in the New Year (or anyone who didn’t get quite what they wanted for the holidays). With so many stores to stop by during the final wave of sales, we cut through the discount noise and found the last of 2017’s sales that are truly worth shopping. Take this curated list of post-holiday sales to put yourself first after finding the perfect gifts for everyone else—and snag the apparel you’ve been eyeing to start your 2018 wardrobe off strong.

Absurda: If your 2018 plans are looking bright, eyewear styles at Absurda are between $45 and $65 through the New Year.

Alex & Ani: Select jewelry with Alex & Ani’s personal touch is up to 40% off from December 26 until January 15. All purchases do good, too: 15% of each purchase made will be donated to the education organization Flying Kites.

Alexis Bittar: Starting December 26, fall collection items from jewelry brand Alexis Bittar will be discounted up to 50% off.

Alpha Industries: If you’re still in need of a winter coat, Alpha Industries’ After Christmas Sale has you covered. Markdowns on 40+ styles will be up to 50% off from December 26 until January 6.

Alo Yoga: Select full-price and sale activewear items from Alo Yoga will be between 25% and 60% off. There’s a charitable component too: Proceeds from Alo Yoga’s sale will benefit the organization Girls Build L.A..

Ann Taylor: Take advantage of Ann Taylor’s Semi-Annual Sale for the staple pieces you’ll wear all through the new year. The discounts get started on December 26th, with up to 70 % off select merchandise.

Aritzia: Aritizia’s Fall/Winter sale has major discounts. Score up to 50% off every single item in-stores and online through January.

ba&sh: Previous markdowns at ba&sh will be an extra 20% off from December 25 until December 31.

Ban.do: Ban.do’s post-holiday sale is short but sweet. Use code “its4u” to take 20% your purchase on December 26 and December 27.

BaubleBar: Take up to 70% off festive jewelry from BaubleBar between December 26 and December 31.

BCBG: BCBG’s online sale lasts from December 25 until December 31; you’ll get 20% off purchases of $150 or more, plus free shipping.

BCBGeneration: Purchases of $150 or more at BCBG’s sister-site will be 20% off between December 25 and December 31.

Beyond Yoga: Take up to 80% off yoga-wear from Beyond Yoga, from December 26 until December 31.

Bluebella: Receive up to 50% off select lingerie styles from Bluebella starting December 22.

Building Block: It’s time to get that geometric bag you’ve been eyeing: Building Block’s fall styles are 30% off post-holiday.

Cole Haan: Sale items at Cole Haan will have an even bigger discount—an extra 40% off sale items—between December 27 and January 3.

Cosabella: Cosabella’s semi-annual sale started on December 16, but the deals are still going strong through January 5. Plug in the code “YEARENDSALE25” for another 25% off previously on-sale items.

Dear Frances Select shoe styles from Dear Frances will be up to 50% off starting on December 24.

DIFF Eyewear: Start shopping on December 25 and keep going until December 31 at Diff Eyewear, where select eyewear styles will be up to 75% off.

Draper James: Previously discounted dresses and separates with Draper James’ Southern charm are another 40% off from December 26 until December 28. Plus, there’s free shipping!

Fortnight: Enter code “BOXINGDAY40” for 40% off undergarments from Fornight, but only for December 26 and December 27.

Genuine People: Use code “NEWYEAR20” for 20% off Genuine People’s chic apparel from December 27 until January 2.

Halston Halston’s 30% off the entire site sale began before the holidays, but it’ll keep going until December 28. After that, you can take an extra 30% off sale items between December 29 and January 10.

Heidi Klein: Pick out a swimsuit for your January vacation: Heidi Klein’s store-wide sale launches on December 26 with up to 50% off select styles.

Intimissimi: Nightwear from Intimissimi will be marked down an extra 15% beginning December 27. Then, on January 1, that same 15% discount will be applied to all winter collection items.

Karen Walker: Ready-to-wear styles at Karen Walker will be ready-to-shop starting on December 25. The deal? New sale styles will be up to 75% off.

Kendra Scott: Start your new year with some fresh accessories. All sale items at Kendra Scott will get an extra 15% off between January 4 and 7; over 40 new styles will be discounted up to 60% off during those dates, too.

Kipling: Prep for your upcoming travels at Kipling’s post-holiday sale. Between December 27 and January 4, take an additional 40% off sale items with code “GET40.”

Kohl’s: Select Nike cowl neck pullovers and fleece joggers are 25% off at Kohl’s.

LD Tuttle: Shoes that are currently on-sale at LD Tuttle will be discounted 50% and 70% off. Get in on the deal between December 26 and January 3.

Lord & Taylor: Lord & Taylor’s online sale starts on Christmas Day, with $20 off purchases of $160 or more. Then, on December 26, regular and sale items purchases in-stores are 20% off until January 1.

Lorna Jane: Activewear at Lorna Jane is 20% off, no code required, from December 26 to December 31.

Loup: Loup’s elevated basics are 20% off when you enter code “HIVER17” until January 1.

Maison Miru: Select pieces at jeweler Maison Miru will be up to 50% off during their sample sale. The discounts start on December 26 and keep going until January 7.

Missguided: Purchases over $100 are 30% off at Missguided, but only between December 25 and December 31.

Modcloth: Take another 30% off sale items from Modcloth between December 25 and December 30.

Modern Vice: Elevated boots and samples from Modern Vice are buy-one, get-one free through January 2. (So if you need a shoe upgrade, now is definitely the time.)

NANUSHKA: Fall and winter styles from Nanushka are 40% off after the holidays, no code needed.

Nicole Miller: Starting January 2 and going until January 7, get another 20% off sale items at Nicole Miller.

Nikki Chasin: Fall styles from 2017 still work in winter 2018, so stock up on cozy pieces in Nikki Chasin’s sale. They’re offering up to 60% off items from the Fall/Winter 2017 collection.

Nina: Select shoes from Nina are 40% off from December 27 until December 30.

NYDJ: Denim from NYDJ will be 40% off during their semi-annual sale, which starts December 26 and goes until January 2. You can get in on the action with the code “CHEERS40.”

Of a Kind: Enter code “YEAROUT” to take 30% off Of a Kind’s entire site (with some exclusions) from December 26 until January 3.

Old Navy: From December 25 until January 3, Old Navy is taking its usual deals up a notch. Online, all jeans are up to 50% off and other merchandise is up to 60% off; in-stores, there’s an even bigger discount, with everything up to 75% off.

Only Hearts: Get that New Year’s Eve party dress before it’s too late: All dresses are 30% off at Only Hearts, only on December 28.

Palladium Boots: Still procrastinating on those winter boots? Starting on December 26, Palladium will offer 30% off full-price purchases. On December 28, you can take an additional 30% off sale items.

Parker Smith: Get the denim you’ve been dreaming of at Parker Smith’s holiday sale; select items will be up to 45% off until January 2.

Pop & Suki: Ring in the post-holidays at Pop & Suki: They’ll be offering 25% off site-wide.

Reformation: Reformation’s post-holiday sale has discounts up to 70% off on merchandise including tops, tees, and dresses.

Richer Poorer: Richer Poorer’s “Holiday Hangover” sale is one to shop. From December 26 until January 9, fall products are 30% off and sale items are another 40% off.

Sasha Samuel: Shine on after the holidays with jewelry from Sasha Samuel. You’ll get 25% off site-wide from December 26 until January 2 with code “SALE25.”

Sanctuary: Sale items at Sanctuary will be an extra 30% off with code “DAY12”, on both December 25 and December 26.

Schutz: Step into the New Year with new shoes from Schutz. At its End of Season sale, take up to 60% off select styles in-stores and online.

Seafolly: Dreaming of warmer weather? Stock up on select swim and activewear from Seafolly with 40% off between December 26 and January 14.

Six:02: SIX:02’s promotion is in-store only, but it’s worth the extra hustle: You’ll get 50% off select styles beginning on December 26.

Skagen: Watches from Skagen will be marked down left and right post-holiday. Select items are 60% off until February 1; between December 29 and January 2, you’ll get an additional 20% taken off select hybrid smartwatches.

Sleepy Jones: Select loungewear and pajama styles are up to 50% off in Sleepy Jones’ online post-holiday sale.

Sperry: All-weather shoes with previous markdowns from Sperry are an extra 10% off from December 25 to December 31.

Stature: Stature’s sale on designer clothing in petite sizes begins on December 26, with discounts up to 60% off. Participating brands include Martiniano, Rachel Comey, Ilana Kohn, Mari Giudicelli, and more!

Sydney Brown: Make a post-holiday purchase you can feel really good about. Sydney Brown’s cruelty-free footwear will be 30% off with code “DEC30” through the month of December.

TOME: Tome’s post-holiday sale starts on December 25 and heads into the New Year. Items from the Spring 2017 collection all the way to the Fall 2017 collection will be up to 75% off.

Uniqlo: Uniqlo has itemized promotions beginning December 29 that you won’t want to miss. All fleece items will be $14.90, Heattech Innerwear will be $9.90, Ultra-Seamless shorts will be $3.90, and dry-packaged T-shirts will be $3.90.

Unpublished: On-site, Unpublished will offer between 25% and 40% off select styles. And if you sign up for their newsletter, you’ll get an additional 15% off. Both promotions are available until January 7.

Valfre Cool-girl accessories and apparel already on sale at Valfre will be an extra 30% off from December 26 to December 31.

Wrangler: Select styles at Wrangler will be 40% off between December 29 and January 1. And if you spend $50 or more on your order, you’ll get free shipping.

YOOX: Shop on Yoox’s mobile app between December 26 and December 29, and get an additional 25% off sale items.