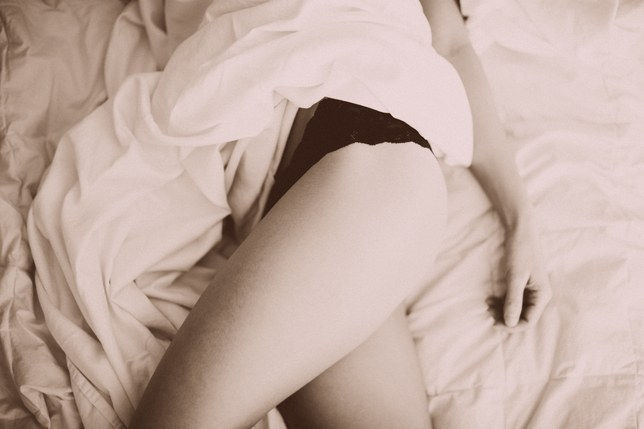 “You really should sleep without underwear if you’re prone to vaginal issues,” says Nancy Herta, M.D., an ob-gyn at Michigan State University. (Vaginal issues would include yeast infections, vaginismus and bacterial vaginosis). Herta offers up a pretty good reason why: Between discharge and sweat, your vagina is prone to moisture overnight. Underwear can trap that moisture, creating a breeding ground for the bad bacteria that cause those conditions (bacteria love moisture).“Allowing that area to get some air helps to keep it dry and clean,” Herta explains. She adds that that giving your vagina some breathing room lets it better take care of itself.

Going underwear-free is an especially a good idea if you have a yeast infection right now or are very prone to them and get them often, says board-certified ob-gyn Pari Ghodsi, M.D. She suggests wearing loose cotton pajama pants to bed but not wearing anything underneath.

If sleeping without underwear isn’t terribly appealing to you, Herta recommends that you switch to loose-fitting cotton underwear. Cotton can help absorb some of the moisture instead of keeping it right against you, like silk or lace would. Silk and lace can also irritate the skin around your vagina, Ghodsi says, so at the very least if you’ve been wearing silk or lace underwear all day it’s a good idea to switch out of them before you go to sleep.

Lastly, it’s worth noting that if you find you can’t sleep without wearing underwear but you’ve never had a problem, Ghodsi says you’re probably fine to keep doing what you’ve been doing.